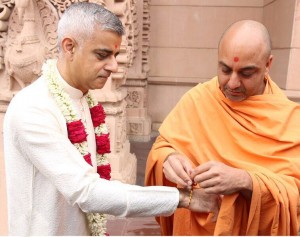 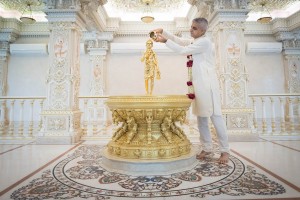 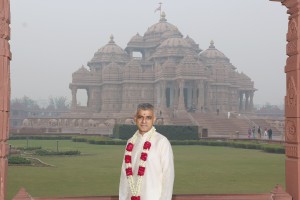 Sharing his sentiments at Akshardham, Mayor of London Sadiq Khan wrote, “Jay Swaminarayan. Thank you so much for your hospitality, friendship, warmth and sharing your knowledge. It is humbling to visit Akshardham. I leave with fond memories.”

This morning I visited the beautiful Akshardham temple here in Delhi -home of the Hindu community who built Neasden Temple in London.pic.twitter.com/wAkhznKPqt

Here at the incredible Akshardham temple, sister to Neasden temple – one of London’s hidden jewels. Thank you to London’s Hindu community and @BAPS for the huge contribution you make to our city. pic.twitter.com/cWuYV81Fl5

This morning I visited the breathtaking Akshardham temple, home of the community who built Neasden Temple in London. Thank you to London’s Hindu community and @BAPS for the huge contribution they make to our city. pic.twitter.com/aGtGDeAVEw