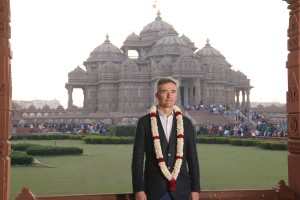 U.K.’s newly appointed High Commissioner to India marks a ‘new beginning’ with a visit to Swaminarayan Akshardham in New Delhi 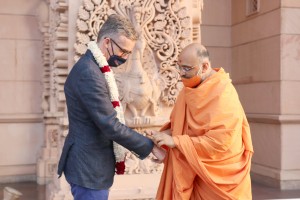 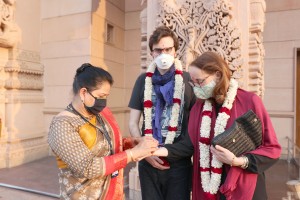 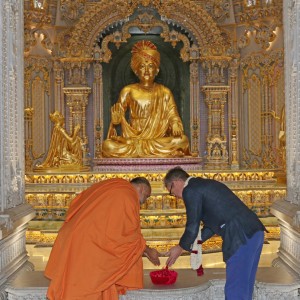 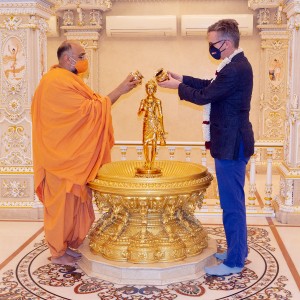 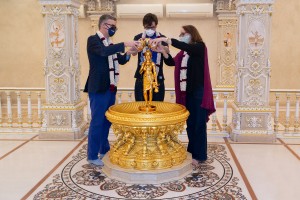 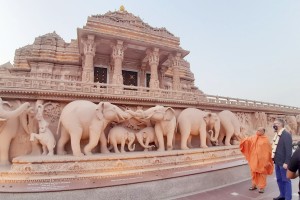 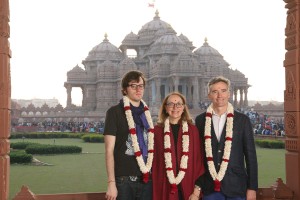 High Commissioner Ellis, who came to Akshardham alongside his wife and son, said the family wanted to seek blessings as they begin their tenure in India.

“I have come here today with my family to perform the rituals — puja, aarti, abhishek and darshan — to give thanks for our arrival and to hope for the best for our time here in India. I cannot think of a more auspicious place than this temple,” he said, noting the important role England’s Neasden BAPS mandir plays in the country and throughout Europe.

He spoke highly of the role Indian nationals in the United Kingdom are playing in “protecting us all from Covid-19,” and said he is looking forward to the continued partnership between India and the U.K.

The visit is part of a long tradition of friendship between the United Kingdom and BAPS, where it continues to play an active role in community service, charity and cultural activities at 15 BAPS Swaminarayan Mandirs, including the traditional Hindu mandir in Neasden, and over 50 BAPS centers. The Neasden Temple is currently serving as a public coronavirus vaccination center, serving the local community with a particular emphasis on reaching underserved populations.

High Commissioner Ellis offered his respects at the Swaminarayan Akshardham Mandir and performed abhishek, the ceremonial pouring of sanctified water from 151 holy bodies of water on the murti of Shri Neelkanth Varni.

Along with his family, he viewed the Gajendra Peeth, which includes 148 lifelike carved stone elephants depicting messages of peace, spirituality and social harmony. They also experienced the Sanskruti Vihar exhibition – a cultural voyage that displays 10,000 years of India’s heritage and contributions to society, as well as the Sahaj Anand multimedia water show, which depicts the timeless messages of the Upanishads.

High Commission Ellis expressed appreciation for the opportunity to visit Swaminarayan Akshardham as he kicks off his time in India.

“This is a new beginning for me, and seems an auspicious day and auspicious moment to give thanks, and to think ahead and look ahead,” he said.

In his departing note, he added, “[Swaminarayan Akshardham] was a great introduction to the Hindu faith.”